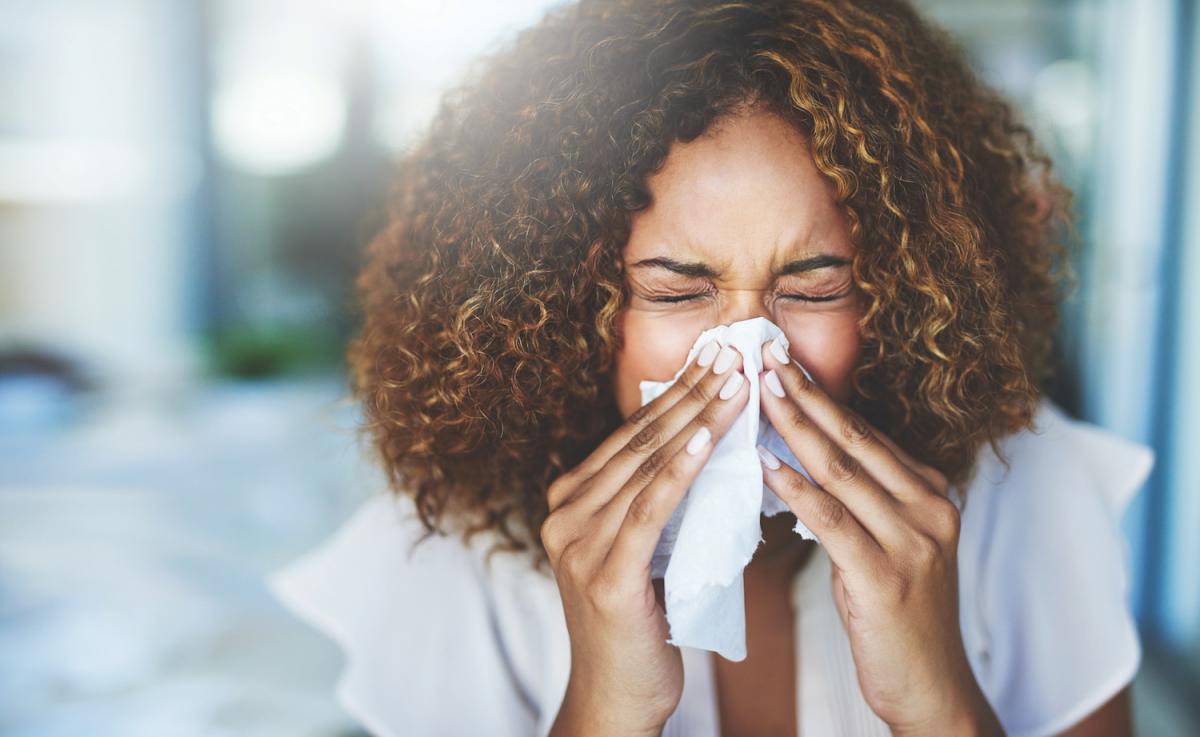 Allergies can be extremely frustrating, popping up when you least expect them.

They’re caused by an overactive immune response in which the body responds to a substance that’s usually harmless (a trigger, or allergen) as though it were an unwanted invader needing to be actively fought off.1

You should always seek urgent medical advice if you experience severe allergies or are concerned that your child may be having an allergic reaction. However, in milder cases of allergies, you might consider herbs traditionally used in traditional Chinese medicine (TCM) such as baical skullcap for symptomatic relief. 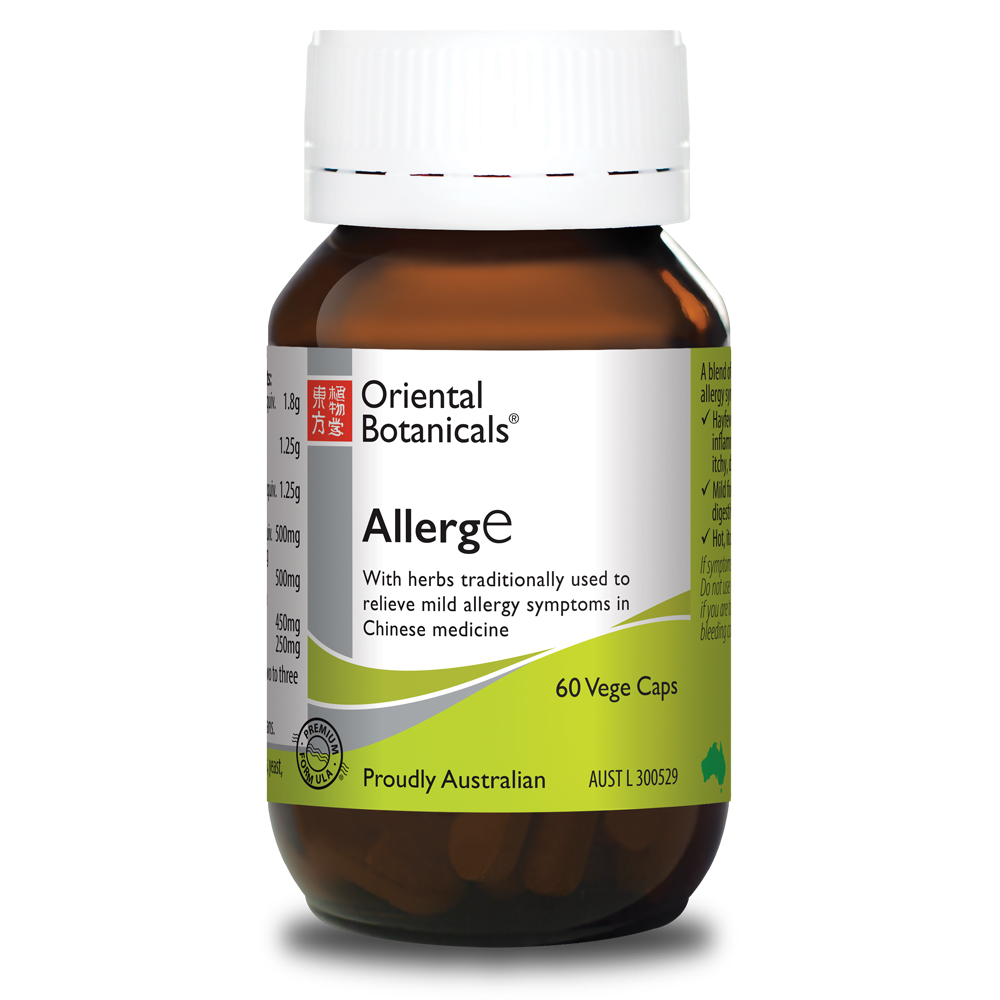 In TCM, key herbs in Minor Bupleurum Combination are traditionally used to relieve a variety of mild allergy symptoms, and some have additional benefits for digestive, skin or mild respiratory-related symptoms, as detailed below. 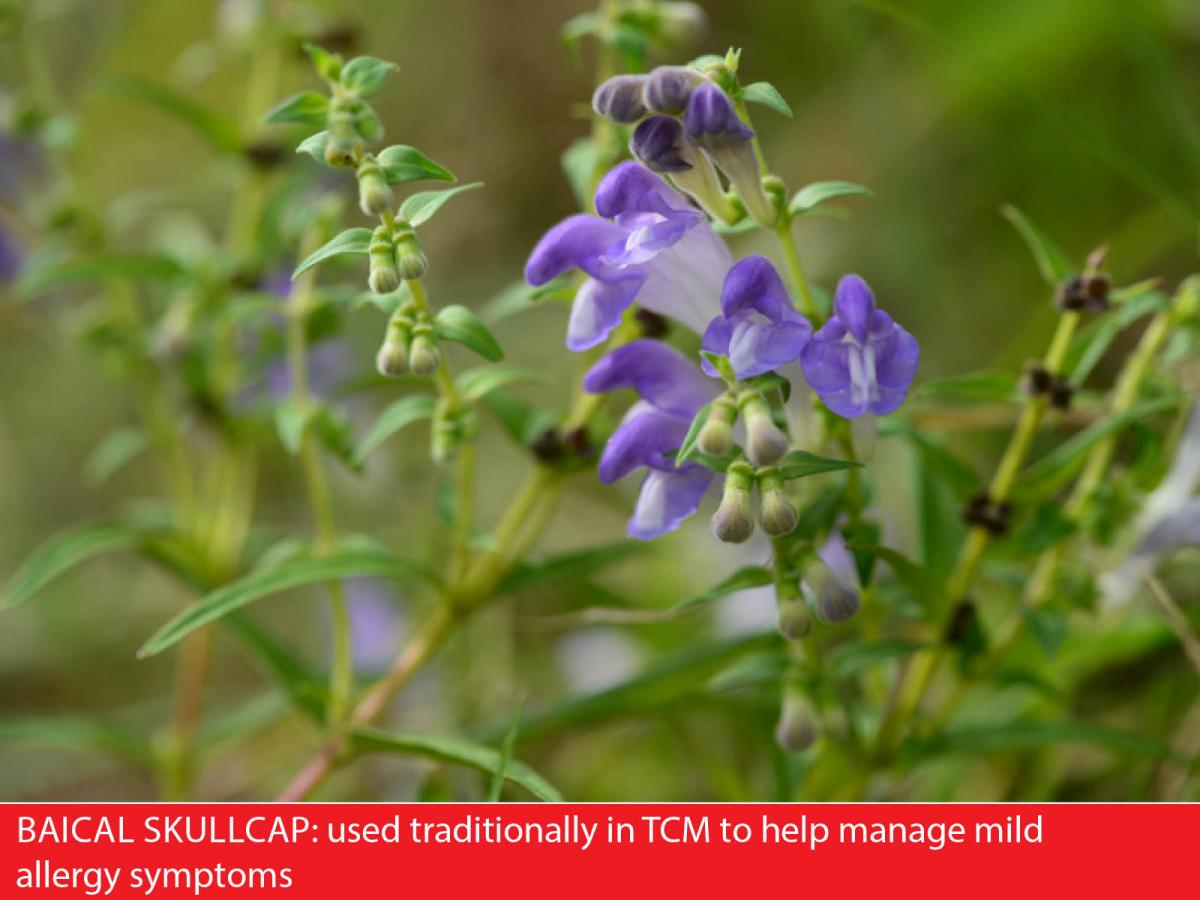 Do high pollen levels or encounters with dogs, cats or horses leave you sneezing and sniffling? The baical skullcap in Minor Bupleurum Combination is traditionally used to help manage mild allergy symptoms in TCM, including:

In Oriental Botanicals AllergE, Korean ginseng, which regulates the immune system, is teamed with Chinese licorice and baical skullcap (which are traditionally used in TCM to support Lung Qi and tonify defensive Qi, the form of life energy thought to help and support the body), and pinellia (which is traditionally used in TCM to relieve cough by encouraging Qi to move in a downwards direction).

Allergies that affect the skin typically cause itching, redness and heat, all of which are classic signs of inflammation.3

Based on its traditional use in TCM, Minor Bupleurum Combination may also help to relieve certain digestive symptoms, including those that can occur as a result of mild food intolerances, such as digestive discomfort, nausea, bloating and diarrhoea.

Always read the label. Follow the directions for use. If symptoms persist, worsen or change unexpectedly, talk to your health professional.