OciBest® is a standardised extract of the herb holy basil, which is also known as tulsi, tulasi and sacred basil. It’s a key ingredient in Oriental Botanicals Anxiolift.

An overview of the OciBest® and stress management clinical study

In a clinical study conducted in India and published in the journal Evidence-Based Complementary and Alternative Medicine in 2012, people were randomly allocated to receive either OciBest® holy basil extract or placebo supplements for six weeks.

Each of the 158 participants in the study was experiencing at least three stress symptoms, such as:

In addition to being placebo-controlled, the study was double-blinded, meaning that neither the researchers or the participants knew who was taking OciBest® and who was taking the placebo supplements. 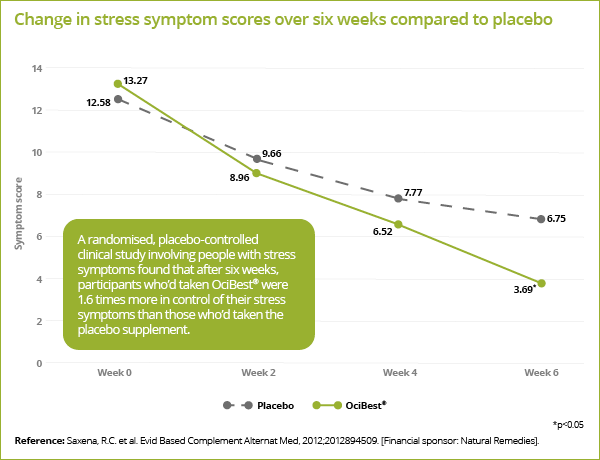 After six weeks, results showed that the study participants who’d been taking OciBest® were 1.6 times more in control of their stress symptoms than those who’d taken the placebo supplement. 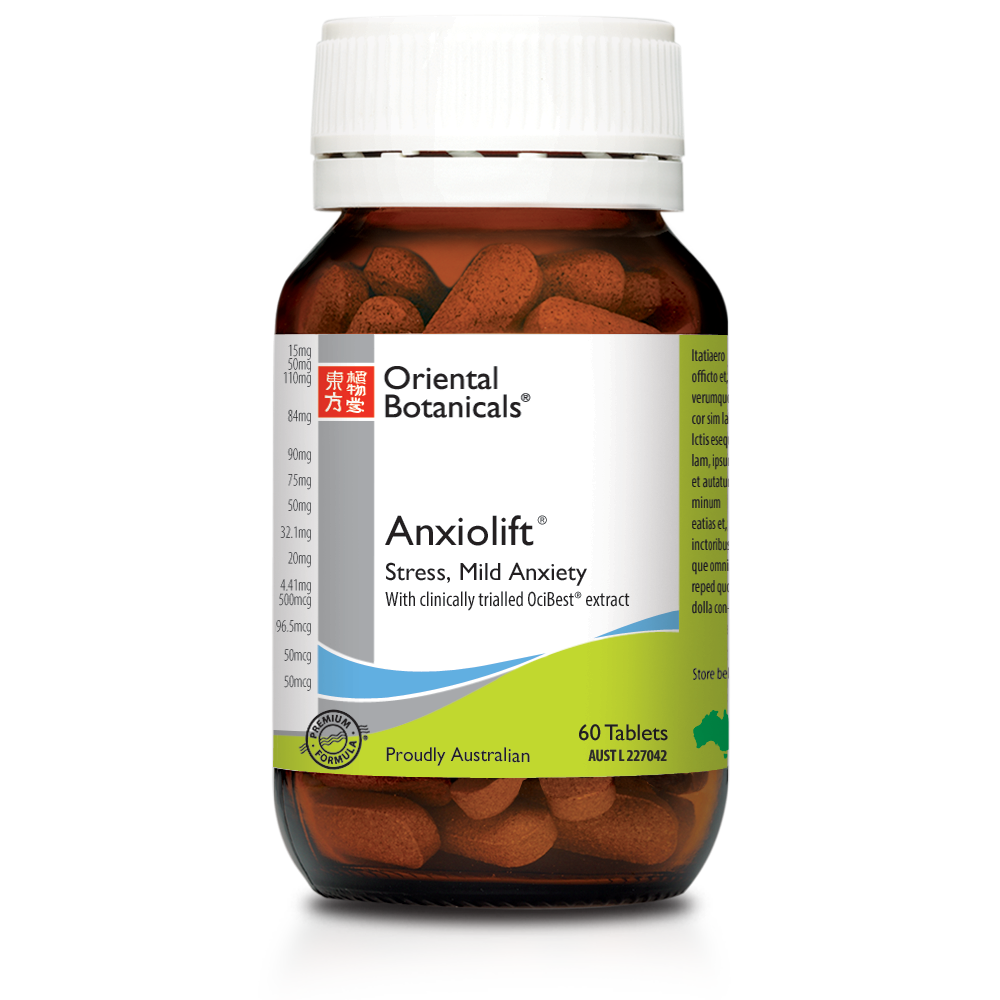 How much OciBest® should I take?

Participants in this study took 1200mg per day of OciBest®, which is equivalent to the amount in the recommended daily dose (two tablets twice daily) of Oriental Botanicals Anxiolift.

In addition to OciBest®, Anxiolift also contains withania, which is traditionally used to relieve stress symptoms like mild anxiety, tension and nervousness in Ayurvedic medicine, and polygala, which is taken in traditional Chinese medicine to calm the mind and spirit and ease stress-related sleeping difficulties.