$24.95 - $38.95
SinuClear is rated 5.0 out of 5 by 1.
With white angelica, traditionally used to relieve sinusitis symptoms including sinus pain in Chinese medicine Read More 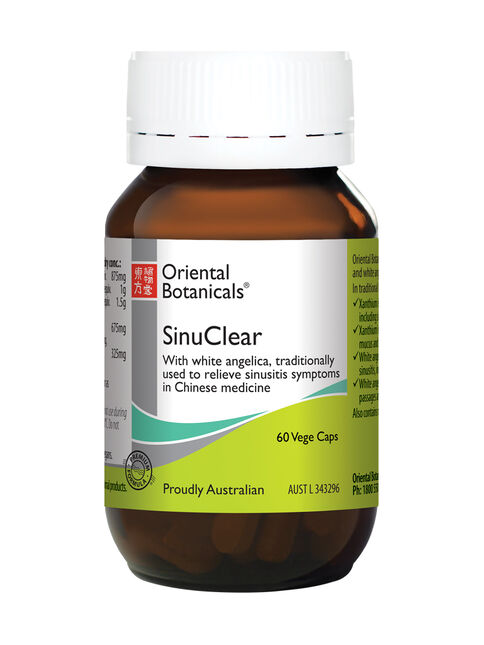 Sinusitis, or inflammation of the sinuses (the air filled spaces in the skull), can develop when there’s an excess of mucus or swelling in the nasal cavity – for example, due to the common cold or an allergy (like hayfever).1

Do not use during pregnancy or breastfeeding. Adults only. Always read the label and follow the directions for use. If symptoms persist, or you are unsure if this medicine is right for you,  talk to your health professional.

You Might Also Like
Rated 5 out of 5 by Lynn G from Sinuclear My husband uses this product & finds it very helpful for his sinus issues. As he is unable to take supplements that contain Vitamin C is it perfect for his condition.