Free shipping on all orders over $80* 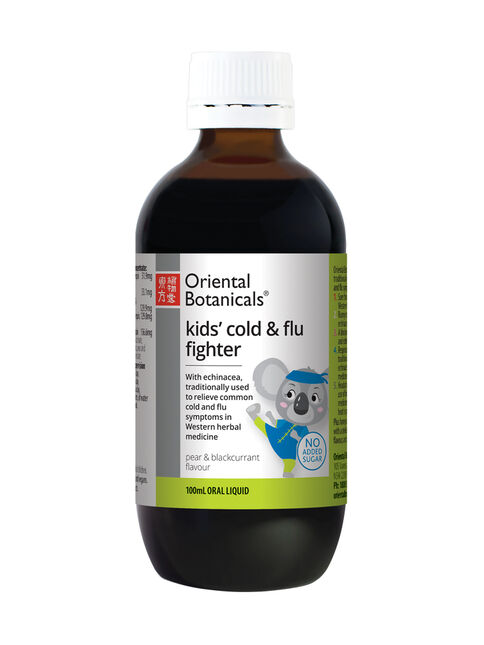 Oriental Botanicals Kids’ Cold & Flu Fighter gets the tick of approval from parents and kids alike:

Has your child got a cold AGAIN?

Children can catch up to 10 common colds every year, which is more than twice as many as adults are likely to experience.[1] This is a normal part of childhood and occurs because children’s immune systems are still developing and are still learning how to recognise and respond to infectious organisms

When they do catch a common cold, children usually experience a sore throat, and a runny and stuffed up nose.

Echinacea also relieves runny nose and unblocks the nasal passages during common colds and flu, based on its traditional use in Western herbal medicine.

Elderflower is traditionally used to calm children’s sore throats and ease mild fevers in children 5 and over, associated with common cold and flu in Western herbal medicine, where it’s often taken in combination with echinacea.

In traditional Chinese medicine (TCM), common colds and flu are typically regarded as being due to excess wind that has entered the body from outside (a symptom-pattern referred to as external wind), often accompanied by external heat, which is traditionally considered responsible for the mild fever associated with the onset of colds in TCM.

Shake well before use. Dilute each dose in 50mL of water or juice and consume promptly. Take with food.